The 31st of March is International Transgender Day of Visibility. It is a day to celebrate the lives and achievements of transgender people across the world. It aims to increase trans equality and empower trans people to live our lives freely and confidently.

It began in 2009 and has grown rapidly each year since. Now thousands of trans people, their loved ones, families, friends, colleagues and allies take part in celebrating International Transgender Day of Visibility each year.

A week of online performances and workshops

Instead of a single day event, this year Trans Pride Scotland are organising a week of online performances and workshops from 28 March to 3 April.

The third Trans Pride Scotland had been due to take place in Paisley in 2020 but had to be cancelled due to the Coronavirus lockdown. 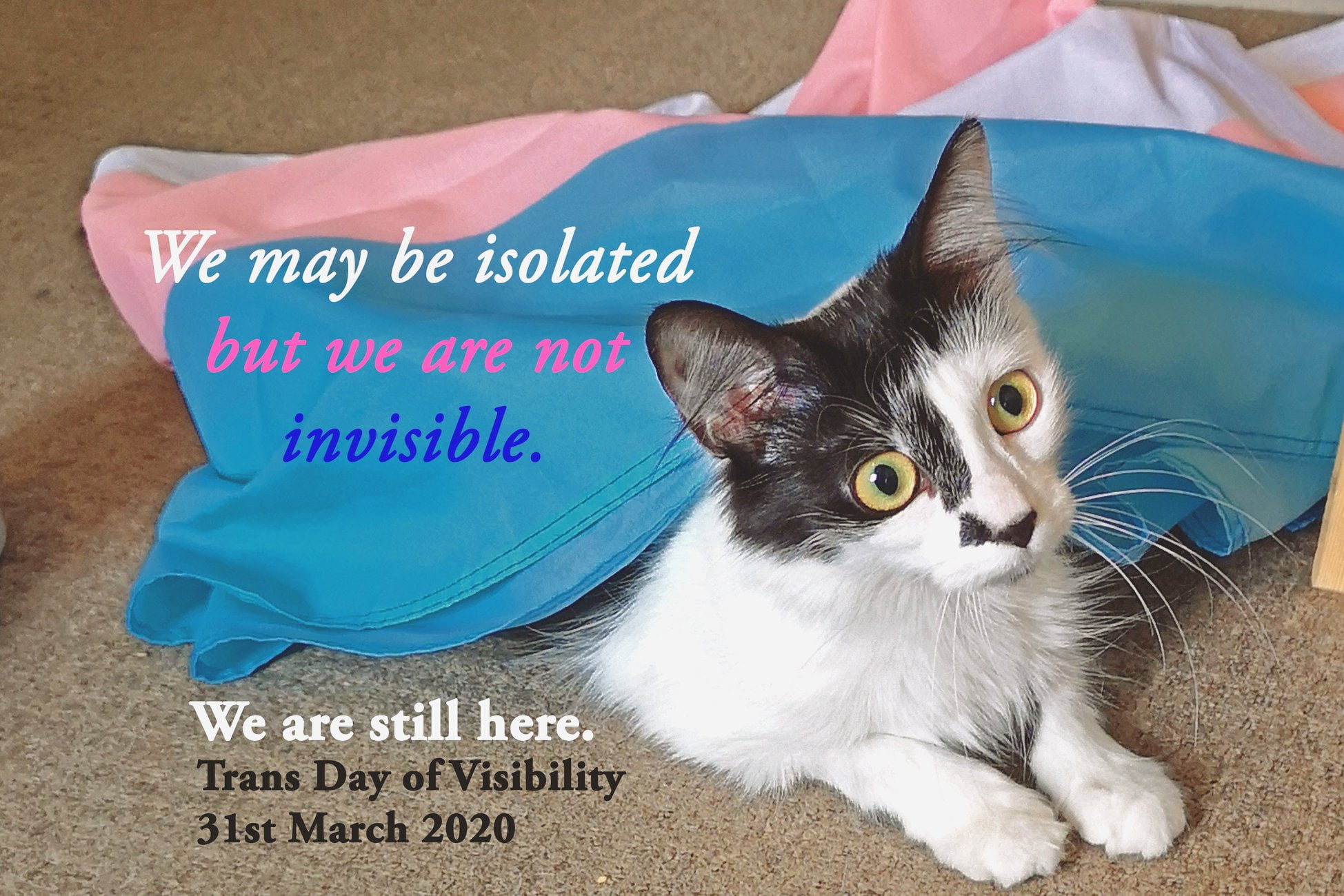 The 2019 Trans Day of Visibility saw the second Trans Pride Scotland take place in Dundee. Thankfully it was warm and sunny that year!

For Trans Day of Visibility in 2018 the first ever Trans Pride Scotland took place in Edinburgh. Over 500 people marched in freezing rain and snow.

Ideas for allies on how to support Trans Day of Visibility

There are many different ways to take part in the International Transgender Day of Visibility. Here are three simple ideas for things that allies can do no matter where you live:

1. Listen to a wide range of trans people sharing their experiences

There’s no single universal trans experience, our lives are extremely diverse. Take the time to listen to as many trans experiences as possible and recognise how our lives are shaped not only by our genders but also by the intersections of other aspects of our identities, such as age, class, disability, race, sexual orientation, etc.

To start you off, here are some links to just a few different accounts of trans people’s experiences:

Be a visible trans ally and let your friends know that you support transgender equality. Taking care not to out any of your trans friends, share positive news stories, information resources and links to trans organisations on social media such as Facebook and Instagram. Let your friends know that if they ever want some emotional or practical support in regard to trans issues, you are keen to help if you can.

3. Learn some of the history of trans visibility and equality activism

Throughout history there have been people who didn’t identify with the sex they were assigned at birth. While the terminology they used to describe themselves has varied over the centuries, they have always existed and been visible in their local communities. One way to find out more is to get hold of a copy of Transgender Warriors by Leslie Feinberg.

Trans activism didn’t start in just the last few years. Over the last century, trans people have fought for equality in a wide range of ways. Many trans people around the world have taken to the streets in protest against police harassment – most famously Sylvia Rivera at the Stonewall Riots in 1969.

Others have used the courts to push for legal rights. For example, in 1952, an upper class Scottish trans man, Sir Ewan Forbes of Craigievar, succeeded in getting his birth certificate changed from female to male. Unfortunately, the court records were made secret so April Ashley‘s lawyers were not able to access them during her divorce court case in 1970 which severely set back trans people’s access to legal gender recognition in the UK. Read Christine Burns’ brilliant memoir, Pressing Matters, to find out how key trans legal rights were secured in the UK.