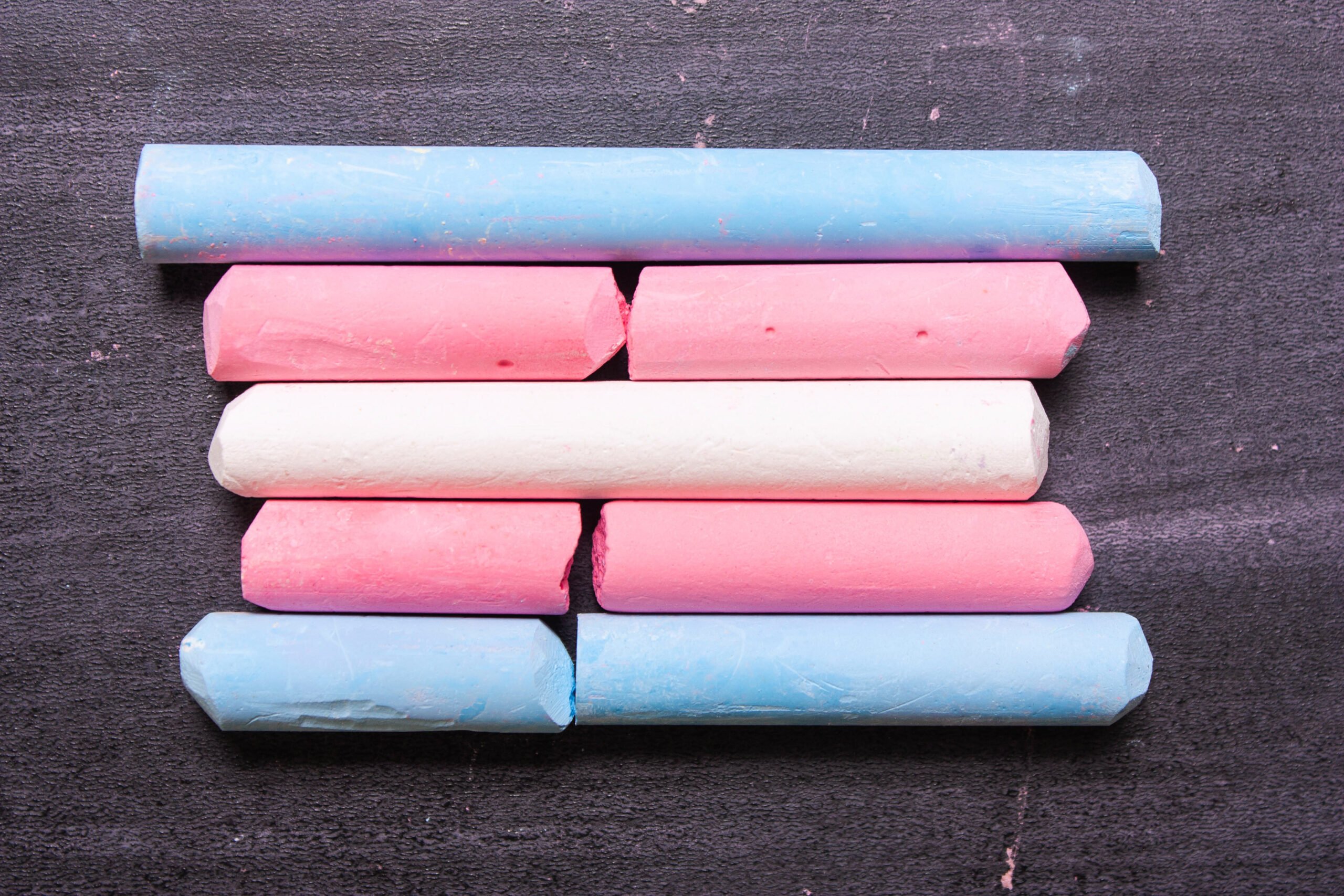 It is important to remember that trans terminology is constantly changing and evolving. Particularly as many terms are related to people’s personal identities, the terms may be used by different people to mean different things. Individual people will view themselves, and experience their lives, in unique ways. This is a non-exhaustive list of some common definitions in use in Scotland. The terms used in other languages and cultures can vary widely.

When a baby is born, a doctor will normally declare “it’s a boy” or “it’s a girl” based on the babies external genitals (sometimes this is not the case if a baby is born with a visible intersex variation of sex characteristics). A baby is then expected to grow up to identify as the gender that “matches” with their body – so a baby born with a penis is expected to grow up and be a boy.

A person who is not transgender. They identify as their assigned sex at birth.

The set of norms in society that enforce ideas about the gender binary, and assumes that everyone will identify as their assigned sex at birth.

A person who occasionally wears clothing and/or makeup and accessories that are not traditionally associated with the sex they were assigned at birth. (An increasingly outdated term.)

Transitioning from female to male. (An increasingly outdated term.)

The dominant idea in Western society that there are only two genders (‘man’ and ‘woman’), that all people are one of these two genders, and that the two are opposite.

Refers to all of the external characteristics and behaviours that are socially defined as either masculine or feminine, such as clothing, hairstyle, make-up, mannerisms, speech patterns and social interactions.

Refers to how we see ourselves in regards to being a man or a woman or somewhere in between/beyond.

The language used in the Equality Act 2010 to refer to any part of a personal process of transitioning away from your assigned sex at birth (regardless of whether any hormonal or surgical changes take place).

Transitioning from male to female. (An increasingly outdated term.)

When somebody makes incorrect assumptions about your gender or refuses to accept your gender and uses language that makes this apparent, such as pronouns or gendered language like ‘sir’ or ‘madam’.

Equivalent inclusive umbrella terms for anyone whose gender identity does not fully correspond with the sex they were assigned at birth. This includes, but is not limited to, trans men, trans women and non-binary people.

A person who was assigned female at birth but has a male gender identity and therefore transitions to live as a man. (The term transsexual man is an equivalent but increasingly outdated term.)

A person who was assigned male at birth but has a female gender identity and therefore transitions to live as a woman. (The term transsexual woman is an equivalent but increasingly outdated term.)